Coming up this May 9 -11 in Copenhagen there will be an International Festival for Artist-Run Spaces simply called Artist Run. 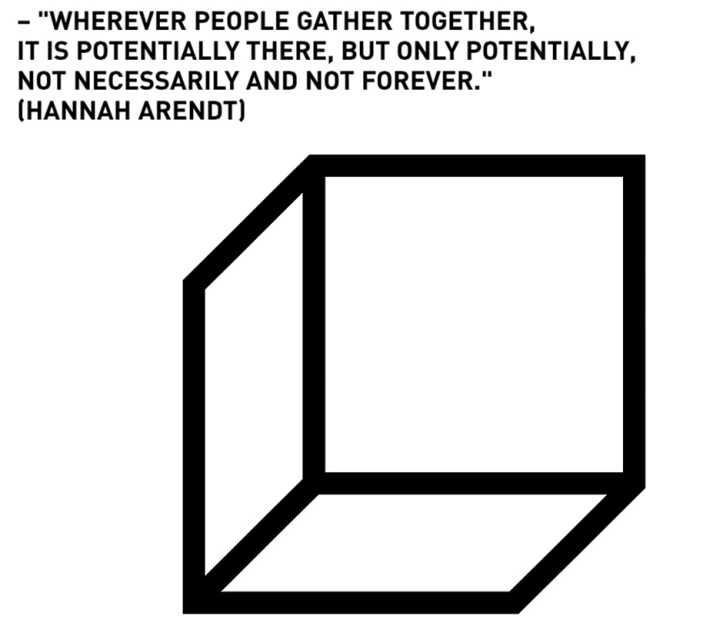 The two artists behind Artist Run, Honey Beckerlee and Suada Demirovic agreed to take  time out from the huge task of organising the event to talk to me about the upcoming Festival and some of the ideas behind it.

Suada is an artist who works with time-based media like photography, video and often text-based. She is a long time member of NLH Space. Honey is an artist who describes her practice as time-based but mainly revolving around photography. I met them one rainy evening in a Copenhagen artists’ studio – nestled in a back building across a courtyard in the middle of Frederiksberg. After drinking some delicious hot tea I asked the artists how the Festival came about? According to Honey, one of the initial motivations for the Festival was an exchange between the artists and Raygun Lab in Australia. Apparently Honey had been invited to exhibit at the Toowoomba gallery and had later recommended Suada to the gallery. Both had a very enjoyable and productive experience with Raygun and wanted to do something for them in return. As Honey expressed it. “I felt that I should repay the generosity by trying to get them here to do a show in Copenhagen – Suada is involved in an artist run space here in Vesterbro called NLH Space, so we got together to talk about options on how to get Raygun to exhibit here.”

Through this singular thought of generosity the idea for the festival emerged. Of course, that may have given the project its initial motivation but there were also other questions and curiosities that provoked the artists to act. For instance the question of why there are so many artist-run spaces in Copenhagen at present? What needs do they come from? What role do these spaces play in the art scene? Inspired by  Hannah Arrendt’s ideas on power and the possibility for achieving a voice in society, the artists pose very pertinent and astute questions for the festival:

“Are the artist-run spaces an indication of how a multitude of voices can actively take part in shaping the art scene? How can these potential ways of finding a voice be utilized, and for what purpose?”

The artists have invited a long list of artist-run spaces in Copenhagen. I counted seventeen on their website. Aware of the sometimes blurry borders of artist-run institutions in general, where roles can be switched and mixed between artists, curators,  architects and even administrators and sometimes all in the one person, they consciously decided they would try to be  “as inclusive as possible.” The artists also requested that these artist-run spaces each themselves invite an international artist-run to contribute with an exhibition plus participate in a joint opening event and subsequent conference.  This they hope will create an international dialogue for artists. In fact this is the stated aim of the conference – “The purpose of the conference is to create a dialogue together in a public forum.”

An important consideration for the artists is to make the spaces visible to a wider public, as well as to each other, and with this idea in mind they are producing a map of Copenhagen artist-run spaces so that anyone can take a walk to see these spaces for themselves.

Interestingly, I first encountered the phrase artist-run on the event website. Artist-run what?  I’ve since found myself using this term ‘artist-run’ more often than the Australian term artist-run initiative or artist-run spaces or centres (Canada) or all the other many ways of referring to the phenomenon. It seems to me a perfect way of describing it – as I suspect the artists knew, as it leaves open the many possibilities that that term can refer to – initiative, space, centre, group, project. Artist-run all of them.

Thank-you Suada and Honey for taking time to speak with me about the festival and your own projects.